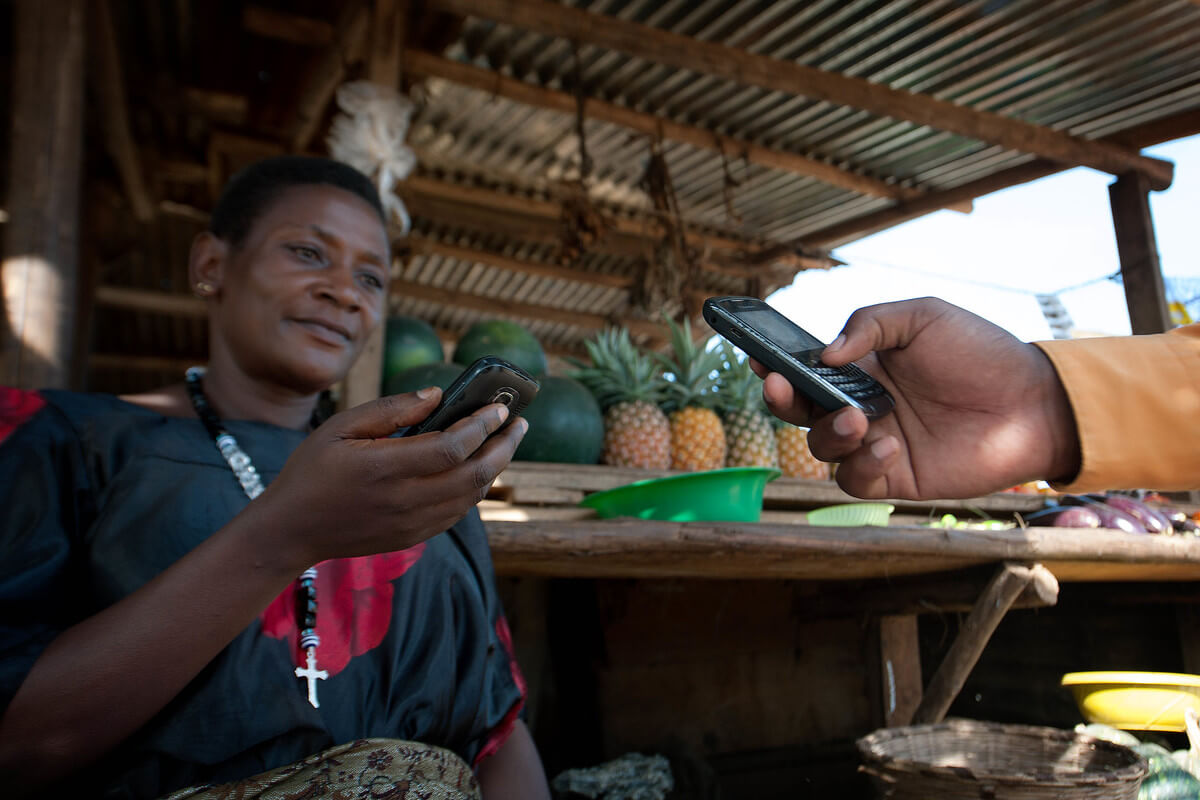 A lot has been happening in the financial sector over the last 7 days. From the approval of the Central Bank Amendment Bill 2021 and a 4.97% increase in excise duty, to the release of a new CBK report and the Kenya Digital Economy report, here are the biggest money news over the last one week, and what they mean for your pocket. .

Prices Of Commodities Like Fuel, Beer, Boda Bodas To Rise In October

The Kenya Revenue Authority (KRA) announced on Tuesday that it has effected a 4.97% increase in excise duty on various products to match the average annual inflation.

Products affected include bottled water and juice, alcoholic beverages, cigarettes, fuel, and motorcycles (boda boda). A total of 31 products will be affected by the excise duty adjustment, which will kick in on October 1.

This will see manufacturers pass the cost to consumers, resulting in higher prices for the Kenyan public, who are already grappling with a high cost of living amid pay cuts, business closures and job losses occasioned by the Covid-19 pandemic.

Under the new taxes, a litre of beer will cost Ksh5.77 more, while consumers of spirits will pay Ksh13.20 more per litre. The excise duty charged on a stick of cigarette has increased to Ksh3.47 from Ksh3.31, a Ksh0.16 increase. Consumers are also going to pay an extra Ksh0.16 per litre of water.

The excise duty charged on motorcycles will increase to Ksh12,185 per unit, up from Ksh11,608. However, locally assembled motorcycles and motorcycles ambulances are exempted from the tax.

Meanwhile, Kenyans will pay Ksh1.09 more for a litre of petrol and Ksh0.566 more for a litre of diesel and kerosene. This increase comes at a time when fuel prices are already subsidised to ease the pressure at the pump for Kenyans. Without the subsidy, a litre of petrol would be retailing at Ksh130.71, rather than the current Ksh127.14 in Nairobi - this is in addition to monthly reviews by the Energy and Petroleum Regulatory Authority (EPRA).

Mobile loans have been both a boon and bane to Kenyan borrowers. On one hand, they have made access to loans quick and convenient, even for previously unbanked Kenyans. On the other hand, many come with exorbitant fees and interest rates, while some use crude debt collection methods, something that has been a cause of untold stress and anguish for many Kenyans.

The Central Bank Amendment Bill 2021 seeks to empower CBK to regulate the operations of digital lenders, who have operated largely unregulated since the birth of the industry in the country back in 2012, when Safaricom’s M-Shwari product was introduced.

The Bill also seeks to address aspects of digital lending that are considered predatory, such as failure to disclose full information about the cost of borrowing, crude methods of recovering unpaid loans, and sharing of borrowers’ personal information with third parties.

Less Than 15% of Kenyans Use E-Commerce Platforms

Data from a newly released report on Kenya’s Digital Economy by Dalberg, a global consulting firm, show that only 13% of Kenyans use e-commerce platforms to buy and sell products. This comes off as a bit surprising, considering that Kenya is a highly connected country, with an internet penetration rate of 85% as of 2020.

However, the low numbers are due to the fact that respondents were reporting their use of marketplace platforms like Jiji, Kilimall, and Jumia, which do not cover the full breadth of ecommerce. Ecommerce is quite popular with Kenyans, particularly those living in urban centers, but Kenyan retailers and shoppers prefer selling and buying products through social media.

Some of the factors hindering the adoption of ecommerce marketplace platforms include lack of a proper national addressing system, high delivery costs, and concerns over quality of products and product returns.

Social media ecommerce overcomes many of these challenges by allowing direct communication between buyers and sellers, as well as allowing payment on delivery, which allows shoppers to pay after confirming the quality of products and minimizes product return issues.

Despite the easing of some Covid-19 restrictions, and optimism about the economy bouncing back to pre-Covid levels, data by Stanbic Bank’s Purchasing Managers Index (PMI) shows that we are not out of the woods yet.

According to the PMI, the month of July recorded the slowest employment growth in Kenya’s private sector, even slower than April 2021, when many of the Covid-19 restrictions were still in place.

The slow growth of employment in July can be attributed to the new taxation measures that took effect in the same month. The increase in taxes, coupled with already high fuel costs raised the cost of goods and services, leading to decreased demand from consumers, which in turn decreased the demand for labor.

For the first time in decades, Kenya is importing more from Tanzania than it is exporting to Tanzania. Data from CBK shows that in the six months to June 2021, Kenyan imports from Tanzania over the review period stood at Ksh18.29 billion, a 70% upsurge. Meanwhile, Kenya’s exports to its southern neighbor increased 21.39% over the review period to hit Ksh17.27 billion – the highest in 5 years.

Among the main goods imported into Kenya from Tanzania include edible vegetables, cereals, and wood. The main goods exported by Kenya to Tanzania, on the other hand, include exported steel, iron, plastics, and pharmaceutical products.

The increased trade between the two countries, as well as the change in trade balance, is a direct result of the thawing of trade ties between the two neighbors following the ascension into power of President Samia Suluhu. After taking over the reins, President Suluhu has set out to mend her country’s relationships with other East African countries, which were frozen during the reign of deceased former president John Pombe Magufuli.

This has also seen Kenya lose its Ugandan export market to Tanzania. Kenya has been engaged in a trade feud with Uganda, even as Tanzania was mending its trade ties with the landlocked country. Since April, Kenyan exports into Uganda have been declining, while Tanzanian exports into Uganda have increased. In June, Tanzania’s exports to Uganda stood at Ksh43.5 billion, while Kenya’s exports to Uganda stood at Ksh24.04 billion.

Finally, the CBK has revised its capital requirements for mortgage lenders in the country, a move that will see lenders give out more in home loans. Before the change, lenders needed to maintain capital of at least 50% of the value of mortgages held. However, CBK has now revised this down to 35%.

Following the revision, which took effect on July 1st, lending institutions will now have more money to lend in mortgages without having to increase their current capital levels.

In the past, if a bank had issued out Ksh20 billion worth of mortgages, it needed to maintain a capital of Ksh10 billion. After the changes, however, the regulatory capital will now drop to Ksh7 billion, giving the bank an extra Ksh3 billion to give out as mortgages. CBK made this revision in a bid to increase the uptake of mortgages. 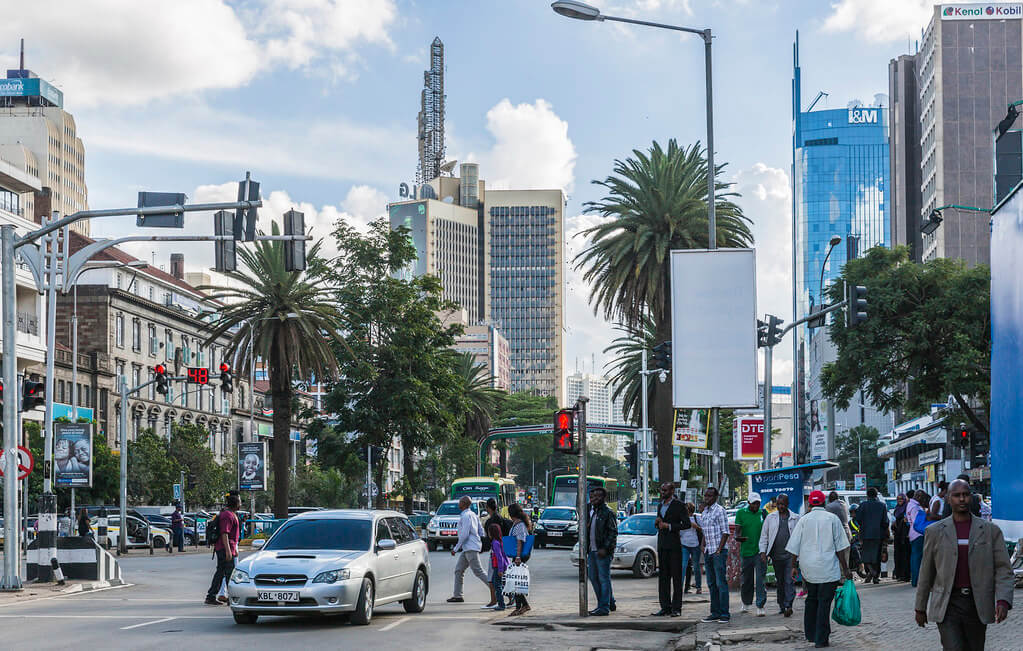 Highlights of the Kenya Economic Survey 2021

Lisa Gathoni: Quitting, Mistakes and Building a Business as a Young Mom

How Financial Denial is Making You Poor – Money Psychology

Money and Me: 5 Spending Principles That Bought Me Happiness

Get updates from the Money254 team on financial news and new Money 254 features.
Thank you! Your submission has been received!
Oops! Something went wrong while submitting the form.