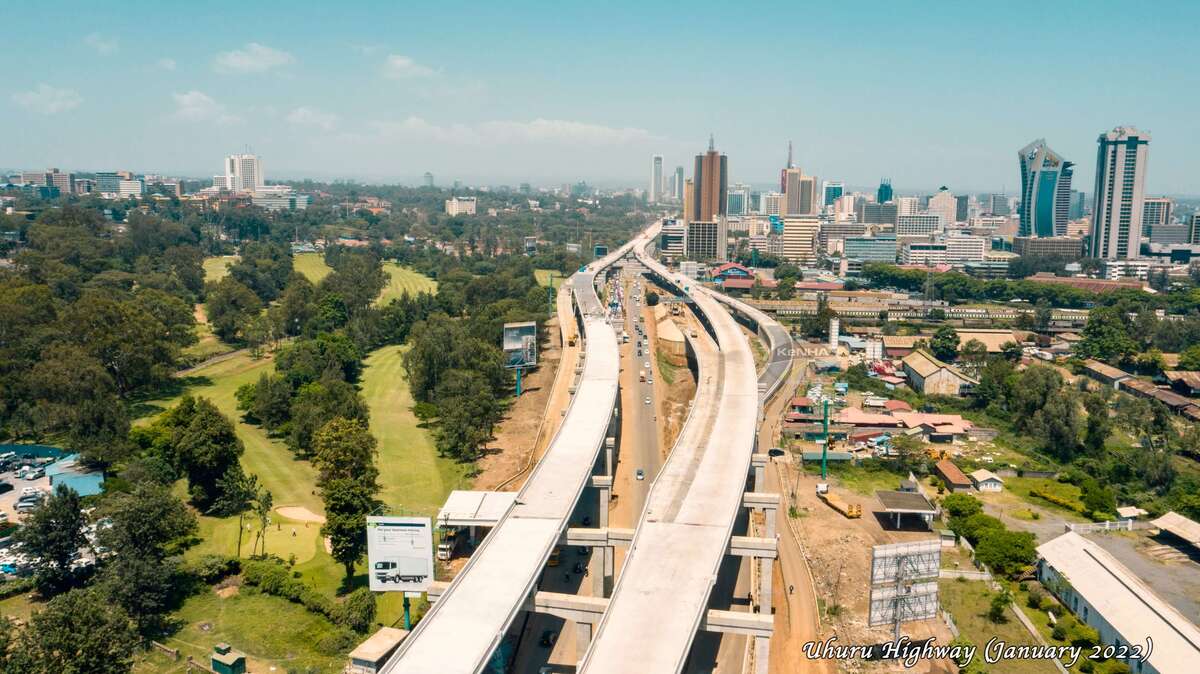 The Nairobi expressway, which is set to be opened to the general public on May 14, 2022, will feature several payment discounts.

Moja Expressway, a subsidiary of China Road and Bridge Corporation (CRBC), recently publicised a discount system in a bid to encourage road users to adopt their card payment system.

Moja Expressway will manage and collect all proceeds from the road for 27 years before handing it over to Kenya.

The company, in collaboration with the Kenya National Highway Authority (KeNHA), announced that all motorists using Electronic Toll Cards would receive a 5% discount each time they load their cards with Ksh2000 worth of points, or more.

As for motorists who opt to use manual toll cards, a 2% discount is in store once the card is loaded with Ksh2,000 worth of points, or more.

It was further revealed that Lipa na Mpesa would not be accepted, with delays and potential traffic snarl ups cited as the key reason behind the exclusion of the popular mobile money platform.

Motorists intending to use the 27-kilometre stretch of road, will require a special toll payment card to access the route.

Manual tolling card users must have a national identity card (ID) to register for the card, which costs Ksh300 for installation service charge and must be loaded with at least Ksh1,000 in points for activation.

On the other hand, those who opt for the Electronic tolling card will be required to produce their ID and the logbook of the vehicle being registered. They will then have to pay a Ksh1,000 installation service charge, and load the card with a minimum of Ksh2,000 points.

Motorists who load their cards with Ksh5,000 in toll points will not have to pay an installation service charge.

The electronic toll card is fitted on an On-Board Unit (OBU). The OBU is then preloaded and when such a vehicle approaches the toll station, the system is scanned, and the motorist can drive through without having to stop.

The beauty with OBU is that it reduces the time you take at entry and exit points because as you approach, it detects and automatically opens.

However, the Manual Toll Card has the advantage of not being tagged to a particular vehicle. This then means that one can give their friend this particular card to use in a different car.

To access these options, motorists can go to the expressway operations centre on Mombasa Road near Cabanas.

It is important to note that cash payment will also be accepted based on the size of the vehicle. However, road users are encouraged to register for the electronic cards as this will guarantee faster service and counter any potential traffic snarl ups at toll stations.

Due to the weakening of the shilling against the US dollar over the last year, the payment rates have also been adjusted. Motorists will now pay between Ksh120-Ksh1,800, up from the previous rate range of Ksh100-Ksh1,550.

The amount charged will be dependent on the distance travelled, as the expressway has 11 interchanges at Mlolongo, Standard Gauge Railway, Jomo Kenyatta International Airport, Eastern Bypass, Southern Bypass, Capital Centre, Haile Selassie Avenue, Museum Hill, Westlands and James Gichuru Road. (See the breakdown of charges by distance in the last section of this article).

There are various rules and regulations that will govern the Nairobi Expressway, with an array of fines/penalties imposed on anyone deemed to be in violation of the said rules.

Motorists using the Nairobi Expressway will be required to move at a speed of 80km/h.

On the expressway, U-turns and reversals are prohibited, and motorists who miss their planned exit must proceed to the next toll station to exit.

Several activities on the expressway have also been prohibited, including graffiti and scribbling on expressway property and erecting billboards without prior authorisation.

Race car drivers have also been targeted because any type of speed test or race is banned on the expressway.

Motorcycles, bicycles, scooters and tuktuks will not be allowed to access the highway. Also prohibited are pedestrians and skaters. Others prohibited are wheelbarrows and handcarts.

A yet-to-be-published Moja Expressway road administration manual will detail the various fines and penalties. These run as high as a million shillings or more if damage is caused to any of the high-tech machines installed at the various toll stations.

For example, any damage to the cantilever variable information board, which provides information on the direction of a vehicle, will result in a Ksh8.8 million fine.

The 27.1 kilometre overpass road, built at a cost of Ksh88 billion through a public private partnership, is expected to save Kenyans or travellers considerable time given the perennial traffic crisis in the capital city. It will take one about 15 minutes from the JKIA to an office in Westlands.

The design of the Nairobi Expressway is such that the first 15.5km (Mlolongo to Nextgen Mall) is built at grade level; 8.5km (Nextgen Mall to St. Mark in Westlands) as an elevated road – followed by a 3.6km ground level road from ACK St. Mark’s Church, Westlands to the James Gichuru Road junction.

The elevated highway begins near Ole Sereni Hotel and runs through the CBD along Uhuru Highway up to James Gichuru junction.

Breakdown of Cost of Travelling on The Nairobi Expressway

(The figures are all in Ksh)

The toll rates are set for future adjustments based on not just the prevailing exchange rate, but also changes in the Consumer Price Index.