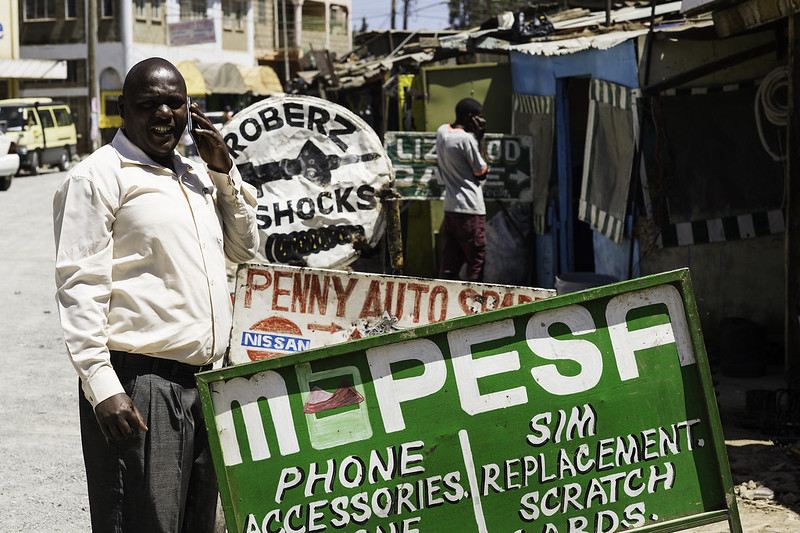 It has been a busy last week of July as the county comes close to the August 9, 2022 general election.

From the potential split of Kenya’s telco giant Safaricom, to Kenyan business owners struggling to adhere with the new KRA directives, to a high-potential new market for Kenyan entrepreneurs, money has always been on mind as they say.

As always, it’s Thursday and we are here with a roundup of the top money news from the last seven days and how the latest developments may affect your pocket.

Safaricom CEO Peter Ndegwa has hinted at a possibility of splitting its various businesses into separate entities under a holding company.

In an interview with the Daily Nation published July 26, Ndegwa revealed that the company was preparing to split its connectivity, mobile money, tower and Ethiopian businesses into subsidiaries.

While describing the push from legislators and the Central Bank of Kenya (CBK) for Safaricom to relinquish its mobile money business as “punishing success”, Ndegwa stated the now eventual split would not have much effect on how M-PESA is run.

“Even today, M-Pesa is run separately from our connectivity business so it is just making sure the businesses are legally separate.”

In 2021, the National Assembly had tried to force the telco into splitting up but a bill sponsored by Gem MP Elisha Odhiambo was quashed by his fellow legislators.

The Central Bank of Kenya (CBK) then took up the mantle and has been relentless in its push for Safaricom and other telcos to focus on customer-centric policies.

CBK argues that separation would ease the process of oversight when it comes to financial services. After succeeding with the transition to interoperability of paybill services, CBK intends to push for changes in the pricing of mobile money services and is also in the process of licensing six additional competitors to give consumers alternatives.

Airtel and Telkom Kenya have already gone down a similar path with both running their mobile money businesses separate from their telco operations.

If split, M-PESA would come under the regulation of CBK, while Safaricom’s connectivity business would stay with the Communications Authority of Kenya (CA).

The CEO’s statement come just days after the company’s chairman, Michael Joseph stated that the telco had no plans to split up, at least at the moment.

"At this time there is no change in our position," Michael Joseph told The Star on July 22.

On July 28, the Business Daily reported that the Central Bank of Kenya had stepped in to block the launch of Faraja, a Lipa na M-PESA-based credit facility that would have given Kenyans access to 30-day interest-free loans of up to Ksh100,000.

According to confidential sources quoted by the Nation Media Group publication, the move came just a few hours before the loan product hit the market.

Safaricom had already published the terms and conditions for the new product - which is owned by EDOMx Ltd, a Kenya-based fintech company with Safaricom and Equity Bank listed as partners.

CBK is said to have informed the partners that the product - which already had received provisional approval - was still under regulatory review, and pending approval.

If approved, the product proves to be a game-changer in the short-term mobile loans market - that is characterised with incredibly high cost of credit - with the only cost to a borrower who pays their Faraja loan in time being transaction costs.

On default, however, a borrower will have to shoulder costs related to the hiring of debt collectors.

Kenyans will have to fork out more money when it comes to buying second-hand clothes (mitumba) following price adjustments by Mitumba dealers.

According to the dealers, the price spikes were occasioned by not only the disruption experienced in the logistics industry due to the pandemic, but as result of the dollar crisis in Kenya coupled with the weakening shilling.

According to the Kenya National Bureau of Statistics (KNBS) Manpower Survey, the Mitumba industry employs at least 2 million people in the country.

Read Also: Starting a Mitumba Business in Kenya: All You Need to Know

With just a few days left before the new KRA directive requiring all businesses to switch to the new Internet-enabled Electronic Tax Registers (ETRs), dealers of the machine are said to be out of stock.

According to spot checks carried out by Business Daily, the majority of licensed dealers have already run out of stock and are currently awaiting new shipment.

Kenyans have been scrambling to make the switch in a bid to avoid a fine of Ksh1 million or a jail term of 3 years.

Those who will not have made the switch by July 31, 2022 will have to write to the Commissioner of Domestic Taxes and ask for an extension, otherwise they would have to halt operations until the new system is in place.

According to the law, ETRs are a requirement for all companies with annual revenues of at least Ksh 5 million.

The upgraded ETRs have the ability to check the accuracy of the invoice data generated at the time of making a sale through a validation process. As the customer is issued with their copy of the invoice, the electronic version of the tax invoice is transmitted to KRA over the internet on a real time or near real time basis.

This is part of KRAs enhanced measures to deter and catch tax cheats.

The filled cylinder complete with a grill and burner will retail at a subsidised price of Ksh2,100. This is approximately Ksh3,000 cheaper than the current market price of Ksh5,100.

Phase one of the project will directly benefit about 60,000 households in Nairobi.

“We have started filling the cylinders with gas. With the help of the State Department for Interior and Coordination of national government, the beneficiaries will be drawn from households across the 11 sub-counties within Nairobi County,” Nock Chief Executive Gideon Morintat told the media.

The project, which specifically targets low-income households dependent on harmful fuels such as wood, aims to supply 1.2 million cylinders annually for the next six years across the country.

The current price of fuel in Kenya is facing uncertainty following the decision by Oil Majors to withdraw wholesale prices.

Oil Majors refers to the group of six companies that control the chartering of the majority of oil tankers worldwide. They are: Shell, BP, ExxonMobil, Chevron, TotalEnergies and ConocoPhillips.

In their latest move, cited as having been informed by the need to recover from the lower exchange rate of the dollar, small dealers are now getting a litre of Super at Ksh158.62 and Diesel at Ksh139.

Traditionally, wholesale prices have been at least Ksh8 lower than the retail price at any given time.

Small dealers dominate the rural economy, and a collapse of the wholesale market could trigger supply disruptions in various parts of the country.

Somalia could soon be open for business for Kenyans seeking new markets.

This comes in the wake of the East African Community Heads of State Summit held in Arusha, Tanzania on July 22, where Somalia’s application to join the bloc was fast tracked.

The decision means that the application process will now begin, which could take at least two years.

Somalia President, Hassan Sheikh Mohamud, said that Somalia is ready to boost regional economies by opening up its blue economy to the bloc, and for its entrepreneurs to gain access to the EAC region as well.

By joining the EAC, Somali citizens will have the freedom to move and do business across the bloc, and the country will benefit from the Community's economic, political, and social support programs.

Kenya and Somali agreed to formally reopen their borders that were closed in 2007. This opens up a new market for Kenyans to exploit.

The prices of new mobile phones rose significantly over the last week as the new taxes are now in full effect.

A 35% increase was recorded, with dealers passing down the new 25% import duty and 10% excise tax to the consumers.

The taxman has now raised the number of levies on phone imports by up to 41%, including import duty, VAT, and a slew of port clearance fees.

Despite the argument that the new tax regime is meant to protect local industries, experts believe that it is just a new revenue stream for the taxman, as a local mobile phone industry does not exist.

Observers say the move is expected to breathe life into the country’s black market as Kenyans seek out cheaper alternatives.