Is it Wrong That Money Makes You Happy? - Money Psychology 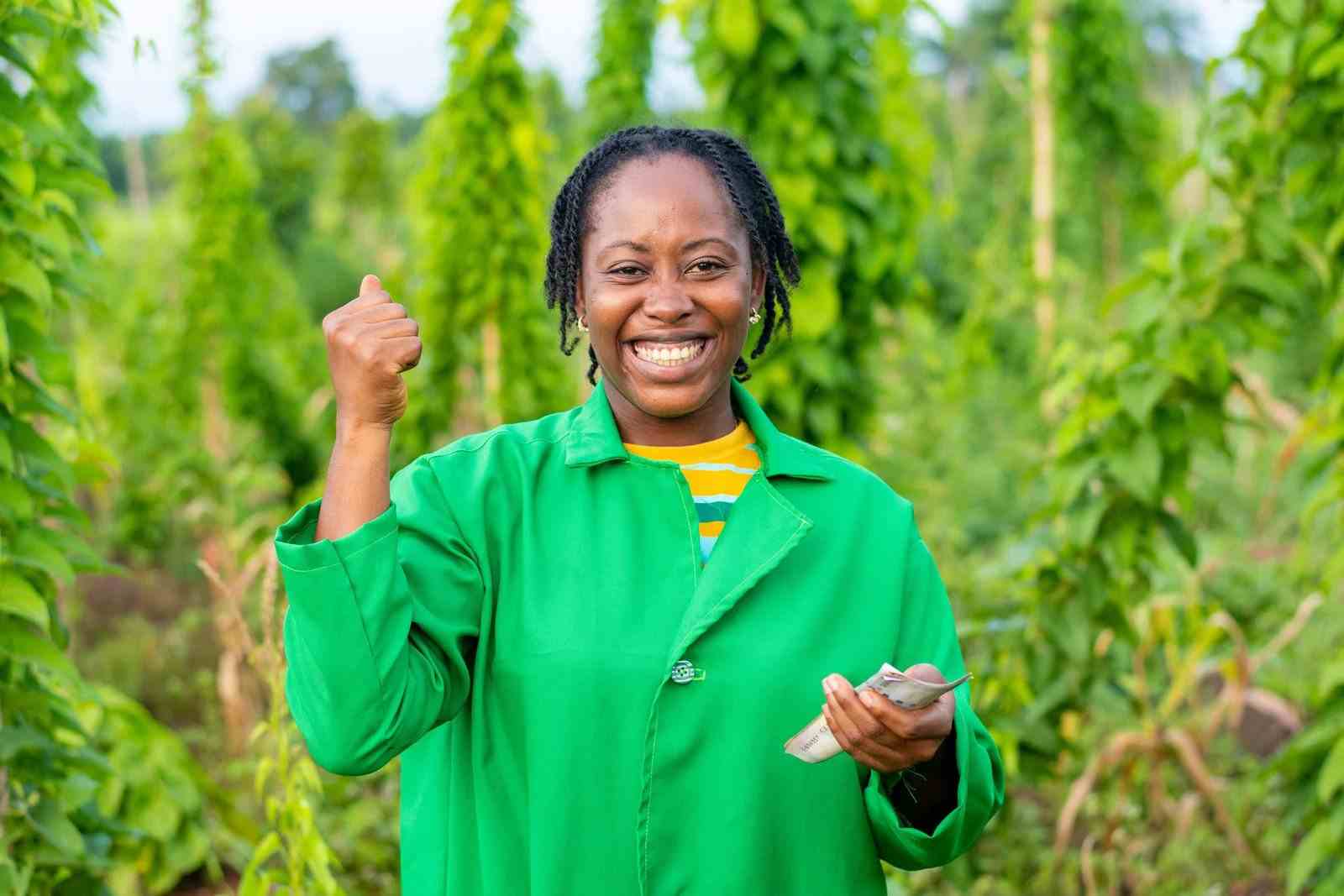 Does your general mood change depending on the amount of money you have at hand? And is it wrong if this is the case? Is it healthy?

Psychologists have long sought to understand the connection between money and happiness.

Despite the popular belief that "money can't buy happiness," studies have shown that wealth can play a role in increasing happiness.

First of all, if money brings up a lot of emotions for you, you’re not alone. Financial gurus believe that one’s relationship with money is just as personal and valuable as any other relationship in their life.

“You should know that it’s okay to feel emotional about money. Use them to understand your values, your fears, your needs, and your wants,

“Anything important in our lives is emotional. Our relationships are emotional, our work is emotional, and so is our money, ”Financial expert Ramit Sethi - Author of I Will Teach You To Be Rich.

So, the next thing would be to look into any studies that can provide an insight into how money and happiness work.

Studies also suggest that when we feel like we can't maintain the same standard of living as our peers, it makes us unhappy.

In a paper in the Proceedings of the National Academy of Sciences, Matthew Killingsworth - a Senior Fellow at Penn’s Wharton School who studies human happiness, argues that money matters to happiness more than previously thought

To back his theory, he collected 1.7 million data points from more than 33,000 participants who were asked to provide in-the-moment snapshots of their feelings during daily life.

He used a technique called experience sampling, which asks people to repeatedly fill out short surveys at randomly selected moments during their day.

He then calculated the average level of well-being for each person and analyzed its relationship to people’s income.

Interestingly, he found that all forms of well-being/happiness continued to rise with income. There was no kink in the curve or any kind of inflection point where money stops mattering. Instead, it kept increasing.

This was a major contradiction to the findings of a 2010 paper that suggested that as people earn more money their well-being increases, but experienced well-being plateaus once annual household income hits $75,000 – Approximately Ksh8.9 million at the current exchange rate.

In summary, Killingsworth found that higher earners are happier in part because they have more control over their lives.

The Covid-19 pandemic in Kenya provided the perfect setting to showcase this theory. People who lived paycheck to paycheck were forced to take the first available job or gig just to stay afloat, even if it was one they disliked.

On the other hand, people with a financial cushion could afford to wait for a better match.

Therefore, one could argue that having more money gives a person more options and a greater sense of autonomy in both big and small decisions.

This could then provide a direct link between money and an individual’s level of happiness.

However, is it really that simple? Is it okay to tie your happiness to money?

Why Money Should Dictate Your Happiness

In this context, freedom means you are in control of your finances and your life choices.

Think of the scenarios below:

Want to plan a vacation to the Caribbean? No problem because you are personally choosing your hours and how early or late you will work.

Want to start your dream business? No problem as well because you have the means and networking contacts to pursue that dream.

Have you or has your loved one fallen ill? Still, no problem as you can afford the best doctors and medical care around.

Money affords one these freedoms which can be directly linked to general well-being/happiness.

This is especially true when it comes to pursuing your lifelong dreams. As is always said, knowledge without action is useless.

For action to take place, money is the tool needed to get things rolling.

For example, a 2022 research paper ‘Own your worth’  by UBS (a multinational investment bank and financial services company founded and based in Switzerland) found that nearly 9 in 10 women believe money is a tool to achieve their personal “purpose”.

The study (carried out in the USA) polled 1,400 women investors between January and February 2022.

There is nothing wrong with having a healthy financial focus. Money, in reality, makes you more of who you are.

For example, if you are a person who is loving, caring, and generous, you will be more of all of those things even when the money starts flooding in.

Read Also: Does Money Make You Behave Irrationally? Find Out Why - Money Psychology

Not Having Money Can Reduce Your Effectiveness

There is actually a scientific study that provided evidence that being broke lower’s an individual’s IQ.

In the 2013 study, researchers Sendhil Mullainathan, and Eldar Shafir measured farmers’ mental function a month before their harvests (when they were hurting for money) and then again a month after (when they felt flush).

Money can mean many different things to different people. It can symbolize power, social acceptance, corruption, or evil. Others might see money as a tool for promoting social change.  However, when it comes to personal finance experts, money represents security.

What you’d see is that at its core, money is security for you and your family

Think of it this way, living a financially stable life means that your children will have the best chance at growing up with all of the opportunities in the world.

It means that you won’t have to worry for quite a while about putting food on the table or paying rent at the end of the month. It means that you are no longer one sickness away from poverty, as is the case with thousands of Kenyans.

It further explained that a significant component of life satisfaction is affected by one’s overall financial status and decisions, not just by their income alone.

This then leads one to wonder, what are some of the negative aspects of having money dictating your level of happiness and mood.

Why Money Should Not Dictate Your Happiness

Obsession with amassing money could push one to depression upon failure.

According to psychologists, materialistic pursuits are frequently an attempt to alleviate emotional discomfort. In fact, greedy people's behavior is similar to that of substance abusers.

This means when one fails to get their ‘fix’, they may start exhibiting junkie behavior, only that this time the sickness primarily targets their mental wellness.

The more greedy people become, the closer they get to self-destruction. Unfortunately, people rarely pause in their busyness to ask themselves, ‘Why am I frantically pursuing wealth’?

Here are some common ways in which money can affect your mental health:

If money dictates your happiness, being broke could trigger social comparison tendencies and feelings of envy. This could then turn into a domino effect that could seriously damage your self-esteem.

Looking around and comparing yourself to others, or even your own life before you took on debt, can often aggravate this feeling. You are unable to take a vacation, but your friends are.

You have the impression that you are missing out. Someone just bought a car, but you can't afford one right now.

Perhaps your parents are assisting you in repaying your loans, which makes you feel guilty. Slowly, you may begin to wonder if it was all worth it.

Now, if money is the only thing dictating your happiness, this scenario will probably trigger envy and self-loathing. You will hit the like button, but deep down you’ll harbor thoughts like ‘why her and not me’.

Have you ever felt happy for a friend when they receive good news, but a twinge of regret for yourself because you aren't experiencing the same good fortune?

In contrast, have you ever felt a tiny jolt of satisfaction when you hear that someone else has fallen down a little, that they are experiencing some misfortune that makes you feel luckier in comparison?

These are some of the dangers of social comparison that is hinged on money.

At the end of the day, money is a tool and it should never be anything more.

You have probably heard that money is the root of all evil. This is not true and there isn't a study out there that can justify it.

The accurate statement is 'the love of money is the root of all evil. This simply means that if money is all you care and are obsessed about, you are likely to do almost anything to get it.

You should do everything within your power to avoid getting trapped in that mindset.

Understanding and adhering to your core values is a critical component of personal finance success. It takes time and a lot of introspection to figure out what your values are.

There is no magic pill that can help you find them. However, spending time reflecting on what you want most from your life will help guide you in the right direction.