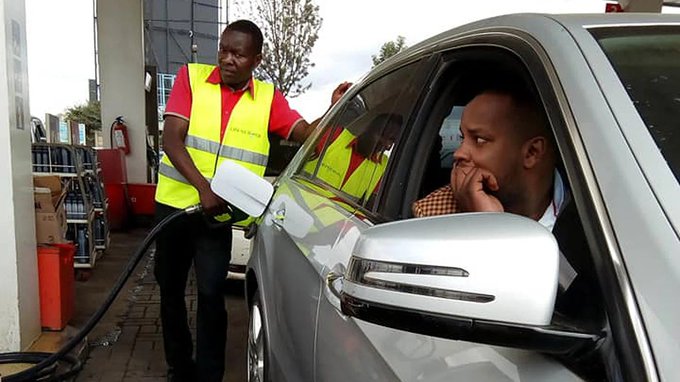 "The prices are inclusive of the 8% Value Added Tax (VAT) in line with the provisions of the Finance Act 2018, the Tax Laws (Amendment) Act 2020 and the revised rates for excise duty adjusted for inflation as per Legal Notice No. 194 of 2020," EPRA said in a statement.

The decision follows a public outcry over the escalating cost of fuel pushing the cost of living for many households through the roof.

Fuel prices have been rising in double digits for the last three months with high taxation and rising crude oil prices being blamed.

Despite this, there has been mounting pressure for the government to reduce the incredibly high taxes and levies charged on petroleum products that have been identified as the single most factor that makes Kenya’s fuel prices the highest in the region.

About two taxes and seven levies that EPRA incorporates in its formula to set fuel prices account for over 48% of the total cost at the pump. This means that consumers pay more in taxes and levies than the actual cost of the fuel.

The escalating fuel prices are set to burn a hole in the pockets of Kenyans already burdened by the strict Covid-19 containment measures that by September 2020 had led to nearly 2 million job losses and massive pay cuts.

The immediate effect is the increased cost of production across the value chain that produces most of the goods that are consumed daily by Kenyans. In March, The Kenya Transporters association increased the cost of transporting goods from the port of Mombasa by up to Ksh20,000 depending on the destination - when the fuel prices hit Ksh122.8.

This increased transport cost is passed on to cargo owners who in turn, ultimately pass it over to consumers.

Moreover, in Agriculture (ploughing jumped by up to 30% in the Rift Valley for example) and manufacturing where petrol diesel and Kerosene are used as either essential or complementary sources of energy the cost of inputs has drastically increased in the last five months with Fast-moving Consumer Goods (FCMGs) like milk, sugar and bread increasing in price.

Farm produce too has been increasing over the period with inflation levels in March reaching an 11-month high fuelled by a rising cost of transportation and energy.

Inflation in March rose to 5.98% up from February’s 5.78% even as new Covid-19 containment measures were instituted including the locking down of five counties, closure of bars and restaurants, and the ban on gatherings