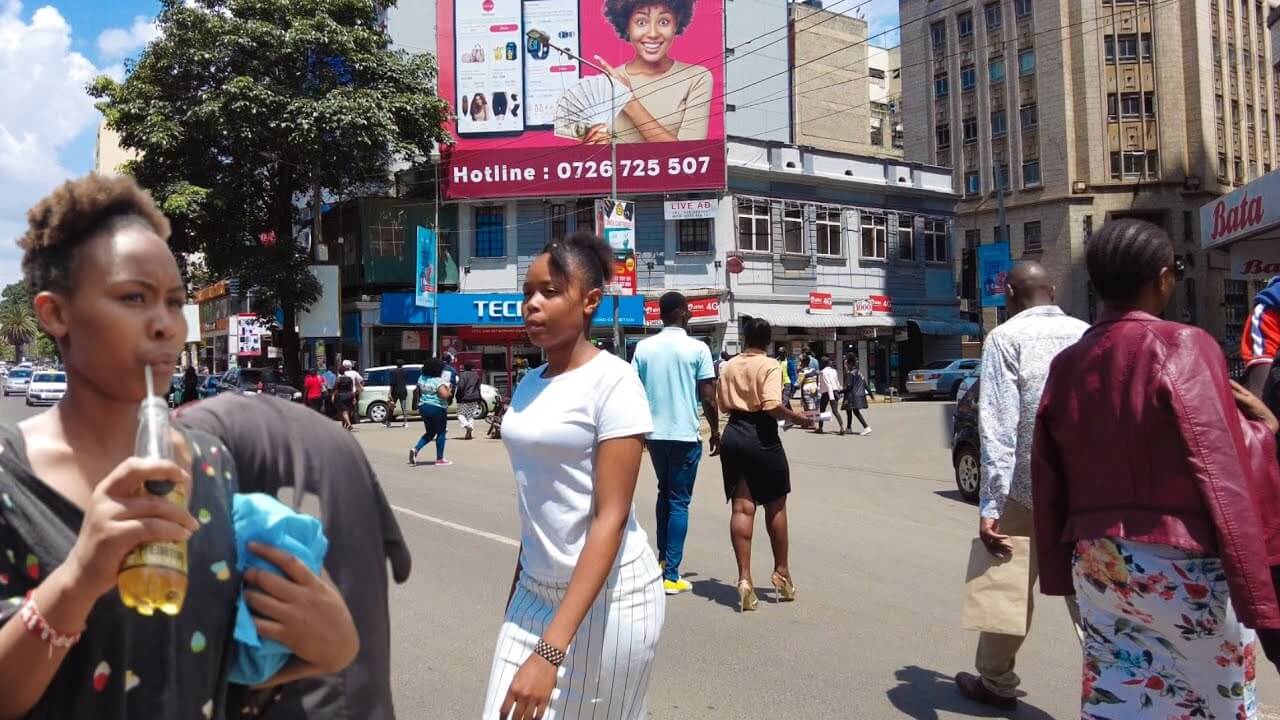 The rising cost of living is increasingly becoming a topic of conversation in Kenya. In political gatherings, social gatherings, and even in boardrooms in the economic sector - discussions and debates are ongoing on how exactly we got here and the way forward.

A new report released by GeoPoll has now shown that Kenyans are not alone as they battle the high cost of living. The study, Global Cost of Living Crisis: World Economy in a Fragile State, found similar concerns in the nine countries participating in the study - Guatemala, Jamaica, Nigeria, Tunisia, South Africa, Turkey, Pakistan, Sri Lanka, and Kenya.

Are Other People Getting Different Salaries?

From an individual level, it is common to wonder whether everyone else is getting extra income to save them from the strain.

However, most Kenyans (36%) surveyed in the study indicated that their income had remained the same over the past six months.

One third (29%) of those sampled in Kenya indicated that they had some income reduction in the past half-year.

In comparison, 17% submitted that they had faced significantly less income in the featured period.

In Kenya, only 20% of the respondents confirmed receiving a higher income - 4% got a huge income boost, while 16% indicated a slight income boost.

Also Read: Money and Me: Living Through a Broke Time

Only 15% had received some form of income boost over the past six months. The country’s economic crisis has ballooned into a political crisis after an uprising that saw citizens depose the country’s president - President Gotabaya Rajapaksa.

Turkey and Jamaica showed significant income improvement - a major reprieve amidst the biting inflation. More than half of respondents in Turkey (53%) indicated they had received increased income (46% by a bit, while 7% described the extra income as a lot).

The country has recently increased the minimum wage and has had positive economic growth amidst global hardships. In Jamaica, 47% said they had received more income (28% by a bit while 19% said it was a lot).

Read Also: Bet on Yourself: How to Ask for a Salary Raise, Mistakes to Avoid

Despite the disparities in income increases, there was a feeling that the respondents were worse off economically - across the board.

Nigeria stood as having the majority of respondents (57%) leaning on the feeling that things were better than they were six months ago.

Who is Affected by the High Cost of Living

An overwhelming majority of respondents (85%) said they felt that the prices of goods and services had increased over the past six months.

In Kenya specifically, 81% of those surveyed felt that prices of goods and services had shot up “by a lot”. Food prices were specifically a point of concern across the nine countries featured in the survey.

How Are People Surviving the High Cost of Living

The GeoPoll survey found that the majority of the sampled population were living a lower standard of living to accommodate the high cost of basic needs. Overall, 72% of the respondents in the nine sampled countries indicated they had reduced their quality of life in some way while 39% said they had made significant changes to lower their standard of living.

Read Also: 5 Lifestyle Changes to Make if You Want to Save Money

In Kenya, those who had made major downscaling stood at 59%, coming only second to Sri Lanka where 75% had made major changes to lower the standards of living.

Overall, 80% of Kenyans indicated that they had lowered their living standards to cope with the hard times.

Also Read: Rising Cost of Living in Nairobi - How to Cope

The most common survival tactic across the nine countries was the decision to start buying cheaper brands (56%). This would mean that when you are shopping for clothes, for example, you have been buying a well-known shoe brand that goes for Ksh5,000 a pair - but you are now buying a different lesser-known brand of shoes going for Ksh3,000.

The second most common survival habit is buying fewer non-essentials (55%). The non-essential items include things that your household can survive without. Examples include buying food from a restaurant, paying for entertainment TV channels, going out on a weekend, among others.

Read Also: Needs vs Wants: A Budgeting Dilemma That Could Be Making You Poor

Travelling was also hard-hit by the high cost of living, with 45% of the respondents saying they had cut travel expenses. This includes less vacations, less visits to friends and relatives, and even downscaling work-related travel.

Read Also: Money, Impulse and Me: A Spa Trip to Remember

Drastic Cut in Essentials Including Food

42% of the population studied indicated that they had made the painful decision to cut down on buying essentials. This means that such households are having to cut down on basic needs such as clothing, food, water, and housing.

Food was a major concern as 89% of the surveyed Kenyans indicated that the price of Food commodities had increased “by a lot”. The most affected products include maize flour, cooking oil and cooking gas.

Read Also: 10 Things to Stop Buying That Will Save You Tons of Cash

Kenya stood out when respondents were asked whether they had had to sleep hungry over the past week - as a result of not being able to afford enough food. 44% of the respondents in Kenya answered in the affirmative - the highest percentage among the nine countries, Nigeria was second with 36% while Sri Lanka recorded 30%.

Turkey, Pakistan, and South Africa had the lowest cases of people sleeping hungry at 14, 18, and 20%, respectively. The overall situation of the increased cost of living - had a negative impact on the mental health of the majority of respondents (57%).

Read Also: How to Deal With Financial Anxiety

Who is Blamed for High Cost of Living

In terms of perceived causes of the high cost of living, 34% of the surveyed population across the nine countries blamed corruption and mismanagement.

In Kenya, the number stood at 48%. Overall, government policies came second with 18% believing they had contributed to the hard economic times.

The Covid-19 pandemic and the Russian Invasion of Ukraine were cited by 12% and 9% of the population, respectively.

Other factors mentioned include high interest rates (7%), corporate greed (5%), competition from immigrants (4%), social unrest and violence (4%) climate change (3%), among others.

Kenya stood out when it came to the hopes for a better future. Only 33% of the sampled population expected the cost of living to increase significantly.

Other countries had as many as 73% of the respondents indicating that they expected it to get worse.

Despite the challenges in the cost of living, Kenyans are hopeful that things will improve.

Further, while relatively high unemployment rates plague Kenya, citizens see the high cost of living as a more significant concern and an area where the government should focus on intervening as a matter of urgency.